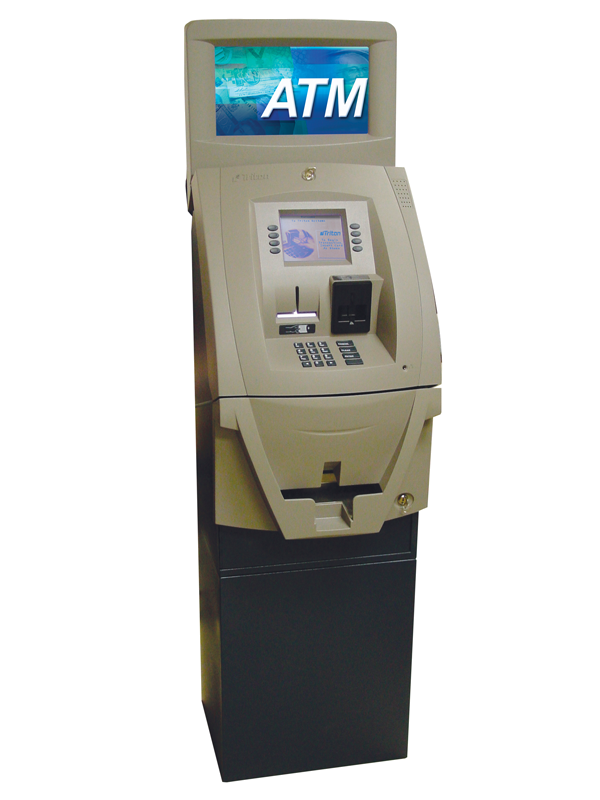 The 8100 released in 2005, and while we no longer manufacture it, we still support it for our customers. Over the years Triton has developed many upgrades for this ATM. You will find them in the specifications tab. In the meantime, read what we had to say about it when it premiered.

Our basic model, the 8100, will take up the least amount of floor space, yet provide all the customer convenience associated with having an ATM at your location. This smaller design makes the 8100 ideal for virtually any location and turns extra floor space into a profit center.

The 8100 includes the essentials for an ATM, making it easier for merchants to manage, all at the most cost-competitive price. The 8100 features Triton’s own TDM-50 dispensing mechanism, which requires the least amount of steps to handle. With features such as a top-loading profile and a single cassette that slides in and out, the TDM-50 requires less time for the merchant to load.

Because it’s from Triton, you can count on the 8100 delivering unparalleled reliability and quality. The 8100 incorporates state-of-the-art electronics and a key-lock mechanism, most suitable for tended locations.

The 8100 features VISA Encrypting PIN Pad (VEPP) and Triple DES, the new standard for PIN encryption. Furthermore, the 8100 meets all ADA requirements. Triton’s cost-competitive 8100 is designed with low-cost and low-traffic locations in mind.